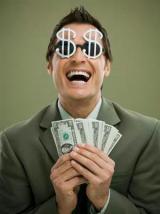 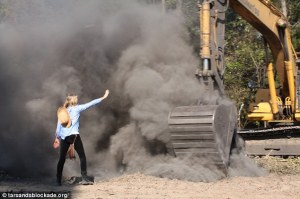 On controversial issues, it’s not unusual—particularly in this internet age of unsigned comments by aliases–to find the public discourse fraught with misinformation and deliberate deception.  Discussions of historic preservation are particularly plagued by hyperbole and scare tactics.  Preservationists are wild eyed sentimentalists who want to rob Americans of their inalienable property rights.  Conversely, developers just want to steamroll everything in the name of the almighty dollar, without regard for history or beauty. In an effort to bring transparency and honesty to the discussion, Preservation Winter Park hereby sets out to debunk the following Top Seven Myths About Historic Preservation (in Winter Park):

Reality check:  Of course, everything is relative, and it would be disingenuous to ascribe to the Winter Park City Hall building the same historic significance as the Pantheon.  Still, by Florida standards, Winter Park is very historic—incorporated in 1887, it’s the 54th oldest of the 410 municipalities in Florida.  In fact, it’s older than other Sunshine State cities known for their historic cache’, such as Palm Beach (est. 1911) and Coral Gables (est. 1925).  It’s Winter Park’s historic sense of place that makes it such an attractive place to live and to visit.  As residents, we benefit not only aesthetically from our historic surroundings, but economically in terms of tourist dollars and property values.  Too, it’s important to note that today’s older house can be tomorrow’s historic treasure.  Mount Vernon wasn’t yet 100 years old when preservationists insisted on saving it in 1858.

“Myth: If I put my home on the Winter Park Register, I’m going to have to ask permission every time I want to move an electrical outlet or change the wallpaper”

Reality check:  This common misconception confuses the interior of a registered structure with the exterior, and overstates the oversight powers of the city’s Historic Preservation Board (HPB).  Only changes that would affect the exterior envelope of a registered structure require approval by the HPB.  Whereas the current ordinance states that “character-defining features should not be changed, destroyed, or obscured,” the HPB works with homeowners who wish to expand or remodel to find workable solutions.  According to Lindsey Hayes, the city’s Historic Preservation Officer, “the board understands that people live differently today than they did in the 1920s.  We will work with folks to accomplish their goals for their homes.”

“Myth: If a house isn’t architecturally exceptional, then it really shouldn’t be protected.”

Reality check:  Certainly design integrity is one factor in determining whether a property is historically significant, but the Winter Park Park Register–taking its cues from the National Register–also aims to protect buildings that are associated with an important figure in city history, that represent a significant pattern or style in our city’s development,  or that are likely to yield important information about city history.  From an historic standpoint, it’s important to preserve homes popular in the various stages of the city’s development (e.g., bungalows in the College Quarter, or Folk Victorian homes along the south shore of Lake Osceola) as well as the homes of important city figures like James Seymour Capen or Charles Hosmer Morse.

“Myth: That building is on the National Register, so it’s already protected from demolition.”

Reality check: Yes, a common argument for preservation is that the new building that replaces the historic building is often of inferior design and quality.  And while an entire blogsite could be filled with pictorial proof of this maxim, there is plenty of really wonderful new construction going on – both residential and commercial.  Preservationists do the movement a disservice by blindly eschewing anything built past 1940. In Winter Park, for example, the architect Steve Feller is known for building beautifully designed, traditional homes of quality craftsmanship and materials.  Some of the contemporary homes built by architect Phil Kean also demonstrate mastery of scale and detail. Many communities, resigned to the ebb and flow of new replacing old have established Architectural Review Boards that enforce design standards for new construction.  Winter Park would be well-served by the creation of such a board.

“Myth: Preservationists in Winter Park want to make it impossible to demolish any structure over 50 years old.”

Reality check:  It’s true that policies under consideration would apply a greater level of scrutiny to demolition permits for buildings over 50 years old, to bring the city’s practice in line with those of Certified Local Governments around the state.  The Friends of Casa Feliz Advocacy Committee Report recommends that the city’s Historic Preservation officer personally review any demolition application for a house that is more than 50 years old or one that is listed on the Florida Master Site File. The HP officer would judge the house for its historic significance according to the standards  in the city’s ordinance, and make a determination of whether to immediately sign off on the permit or to refer it to the HPB for further review.  In cities that use this system, most demo requests for buildings that are not historically or architecturally significant (e.g., a 1950s cinderblock rancher or a 1960s split-level, which are plentiful in number and not particularly unique) are granted without delay .  Clifford Smith, Sarasota’s HP Officer, states that the “large majority of demo permits are approved without ever going before the (HP) board.” Smith also asserts that knowing the review process exists discourages developers and spec house builders from pursuing truly historic homes as tear-downs.

“Myth: Houses on the historic register are worth less because they can’t be sold as tear-downs.”

This common misconception persists despite considerable empirical evidence to the contrary. Multiple studies have shown that houses located within protected historic districts increase in value at a faster rate (or in an economic downtown, lose value at a slower rate) than their non-protected counterparts. A 2005 study on property values in Philadelphia concluded “Strong and clear increases in property values after designation were documented in all five of the neighborhoods studied”  (see: http://repository.upenn.edu/cgi/viewcontent.cgi?article=1032&context=hp_theses).  A 2007 study found that “Home values rose 5% to 35% per decade in more than 20 historic districts nationwide, compared with home values in undesignated neighborhoods in the same communities.” (see: http://www.preservationnj.org/site/ExpEng/images/images/pdfs/Historic%20District%20benefits_Mabry_%206-7-07.pdf).  This all makes perfect sense, according to Ken Bernstein, manager of the Office of Historic Resources for Los Angeles.  Bernstein writes “Historic district designation gives potential homebuyers two rare and economically valuable assurances: that the very qualities that attracted them to their neighborhood will actually endure over time, and that they can safely reinvest in sensitive improvements to their home without fear that their neighbor will undermine this investment with a new ‘monster home’ or inappropriate new development.”

Let’s make one of our New Year’s Resolutions to elevate discussions of historic preservation above the level of name-calling and hyperbole.  We can agree to disagree, but Winter Park should make intellectual honesty one of our guiding principles.

This weekend, I made good on a promise by delivering a batch of fresh-baked brownies to the couple who just closed on the 1935 house featured in our October 18 blog post (see: https://friendsofcasafeliz.wordpress.com/2013/10/18/wont-you-be-our-neighbor/).  The house’s previous owner, an elderly widow living out of state, was weighing offers from developers who planned to raze the house and subdivide the lot.  Enter John and Rachel Grogan, who gravitated to Winter Park because of its “New England charm.” The Grogans, who spend their summers in New Hampshire, have their work cut out for them to bring the 1935 plumbing and wiring up to 2014 standards, and have a couple additions planned.  Still, as Rachel walks through her new home, she overlooks the grime-coated wood floors (which will be stripped and refinished this week) to effuse about the built-in niches, fabulous heart pine ceilings and custom ironwork.   Having seen what the Grogans accomplished in the home they left behind in Orlando, I know we all have a before-and-after blog to look forward to before 2015.

Is there an historic house in your neighborhood that’s for sale and vulnerable to the wrecking ball?  Maybe Preservation Winter Park can help!  In the meantime, I’m happy to share my recipe for what I’m calling

MICROWAVE chocolate and butter in large microwaveable bowl on HIGH 2 min. or until butter is melted. Stir until chocolate is completely melted. Stir in sugar. Blend in eggs and vanilla. Add flour then chocolate chips; mix well. Pour into prepared pan.

BAKE 30 to 35 min. or until toothpick inserted in center comes out with fudgy crumbs. (Do not overbake.) Cool completely.

4 responses to “Debunking the Myths of Historic Preservation & Baking Brownies”